Join Date: May 2017
Posts: 30
2014-2017 Battery Replacements
I have searched and really haven't found a definitive answer
2014-2017 RT /Liquid Cooled Wethead
Which aftermarket battery has the best Fitment besides OEM? Without modifying anything.

Thankyou in advance for Your replies

Join Date: May 2017
Posts: 30
Re: 2014-2017 Battery Replacements
Quote:
Originally Posted by nhonnguyen61 View Post
You can find them here, they finally stock them.
www.batterymart.com

Sent from my SM-N960U1 using Tapatalk
Thankyou......
These are pretty good? Will I get at least 2 years out of these batteries?

I have a 2017 RT and the battery is failing.
I have it on the BMW charger every night in the garage


Join Date: Jul 2017
Posts: 33
Re: 2014-2017 Battery Replacements
RC51TOFUMAN, I used to believe in trickle charge but I noticed it fail my batteries more then I don't use it so if I don't ride my16 rt often I would start it up once a week or two and let the cooling fan cycle few times before turn it off, don't forget to check your cable ends at the battery terminals especially on positive side it does come lose for some reason.

Thankyou in advance for Your replies

Sent from my SM-G973U using Tapatalk
If you had searched this forum, then you hadn't searched properly! There was a thread on this not too long ago. Anyway, this is your best bet: https://www.walmart.com/ip/YUASA-GYZ...FREE/129243723 It's $101 now, but the last time that I looked it was just $83 through Walmart, like this one. So, Google the same battery and you might find one at lower price. The stock battery in your RT is most likely an Exide, and I am told that the stock battery for the GS/GSA is usually a Yuasa. This particular Yuasa model will deliver a little more power than the stock Exide.
Pad. Gajajiva
Solon, OH, USA

Join Date: May 2017
Posts: 30
Re: 2014-2017 Battery Replacements
I am leaning between these 2 batteries?
Anyone care to comment which one I should get ?
https://www.batteriesplus.com/produc.../cyla20chbsxta

Join Date: May 2017
Posts: 30
Re: 2014-2017 Battery Replacements
I just installed this battery.* I can confirm the dimensions are Exactly the same as the OEM Exide battery
I paid $110 out the door

Here is a link
https://www.batteriesplus.com/produc.../cyla20chbsxta 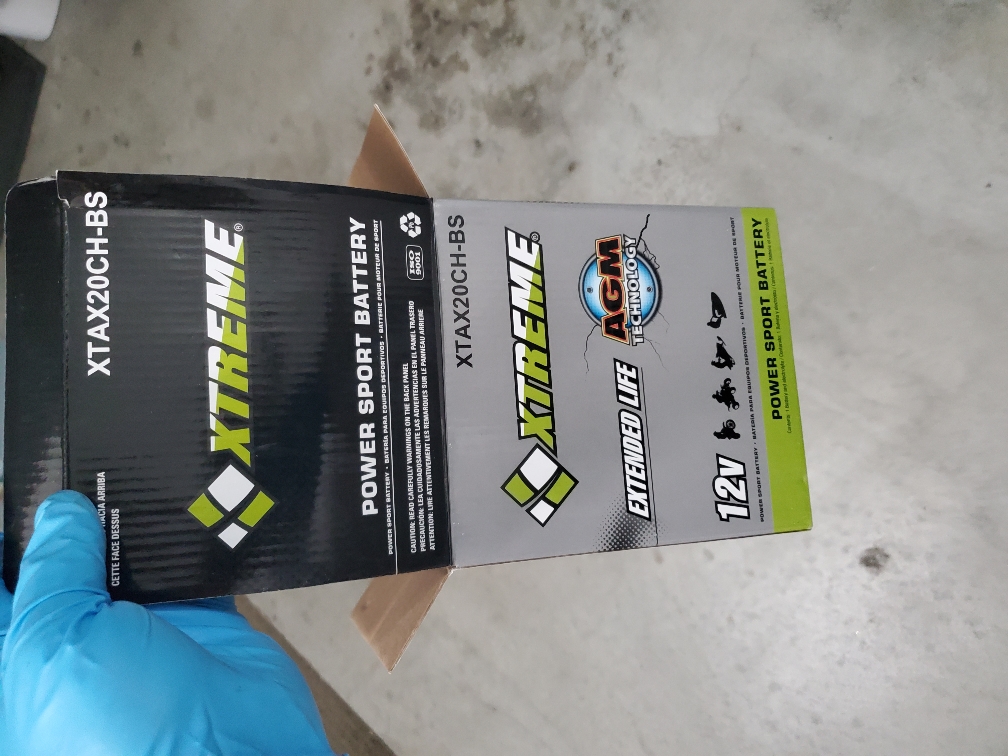 Join Date: May 2017
Posts: 30
Re: 2014-2017 Battery Replacements
Quote:
Originally Posted by Hfjeff View Post
I have had great luck with Yuasa Batteries as PadG posted. Had them in bikes and snowmobiles and they last. I am on the stock battery in my 2016 and it is still doing well. I keep a Battery Tender Plus on it from Nov-Mar each winter.
My 2017 oem exide didn't last.
I had to get a replacement.
It's always on the bmw charger

Sent from my SM-G973U using Tapatalk
Must have been a bad battery (or charger)! My bike is always on the CPU type maintenance charger (I use BatteryDoc) as soon as it is parked in the garage. Plugged in via the acc. socket on the RT, and doesn't get unplugged until when I am ready for the next ride. Never had a battery failure. The Exide on my prior '07 RT was replaced preemptively, after almost 6 years, and the one on my '15 was also replaced preemptively, after almost 5 years with the Yuasa thatI had posted earlier. The OEM battery could have lasted a lot longer, judging from how the RT starts before I replaced the battery, as compared to starting later with the replacement Yuasa. Very easy for me to compare, since I always ride with my helmetcam on, and it is always turned on before I start the bike.

Funnily enough, the reason for both of my preemptively replacements in both cases was because I had stumbled on battery at the "right" price! The Yuasa had cost me just $87.
Pad. Gajajiva
Solon, OH, USA

Join Date: May 2017
Posts: 30
Re: 2014-2017 Battery Replacements
Interesting
You have good luck.
I think other people have only gotten 2 years out of their oem batteries

Join Date: Aug 2008
Location: Solon, OH, USA
Posts: 4,768
Re: 2014-2017 Battery Replacements
Quote:
Originally Posted by rc51tofuman View Post
Interesting
You have good luck.
I think other people have only gotten 2 years out of their oem batteries

Sent from my SM-G973U using Tapatalk
I don't know where you get your data from, but I am very sure that you are not correct!!!